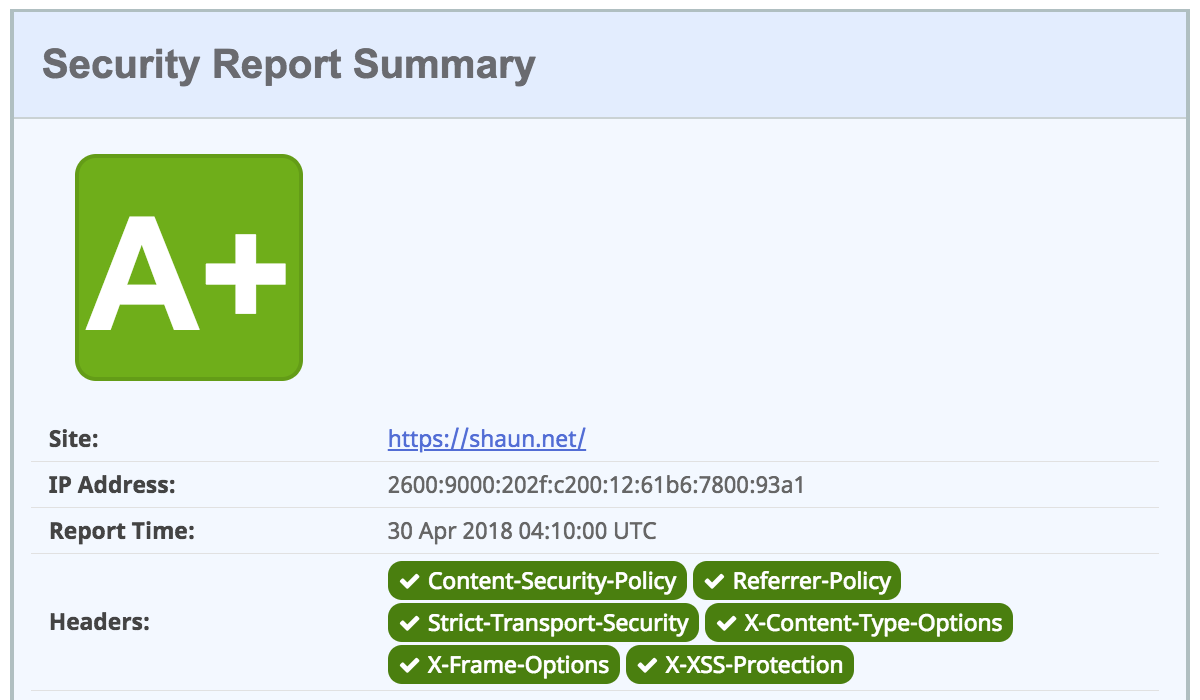 In late 2017 I completed a redesign of this web site. As part of the redesign I went from a self-hosted WordPress installation to a static site generated with Jekyll and hosted on Amazon S3 and CloudFront.

While the web site has been served via CloudFront for almost 5 years now, as I still had control over the origin web server (NGINX) I was able to inject the various security headers that I wished to serve. As the site was now being served directly from S3 I wasn’t surprised when I ran a scan on securityheaders.com and received a nasty big F.

Obviously this wasn’t something that I wanted to continue with and as the site was now entirely serverless, I thought there had to be a better way so I started looking at Lambda@Edge.

AWS Lambda@Edge lets you run Lambda functions to customise the content that CloudFront delivers. Unlike traditional Lambda, Lamba@Edge runs in the CloudFront location closest to the viewer therefore not compromising performance.

The following are the steps I took to solve this issue (note that I now deploy all of this with CloudFormation but that’s out of scope for this post).

I’d already used Lambda for some other functions so was familiar with how to write and deploy the code. Lambda@Edge does however have a few extra restrictions and as of writing only supports Node.js 6.10.

With that in mind, I put together the following code to replicate the headers that I was previously serving from NGINX:

Make sure to change the Content-Security-Policy header to suit your requirements. Mine for example is:

Just like certificates, Lambda@Edge functions must be deployed in the us-east (N. Virginia) region so you will need to ensure that you have switched to this region before starting.

The first step is to create your Lambda function. In this case we use the Author from scratch setting: 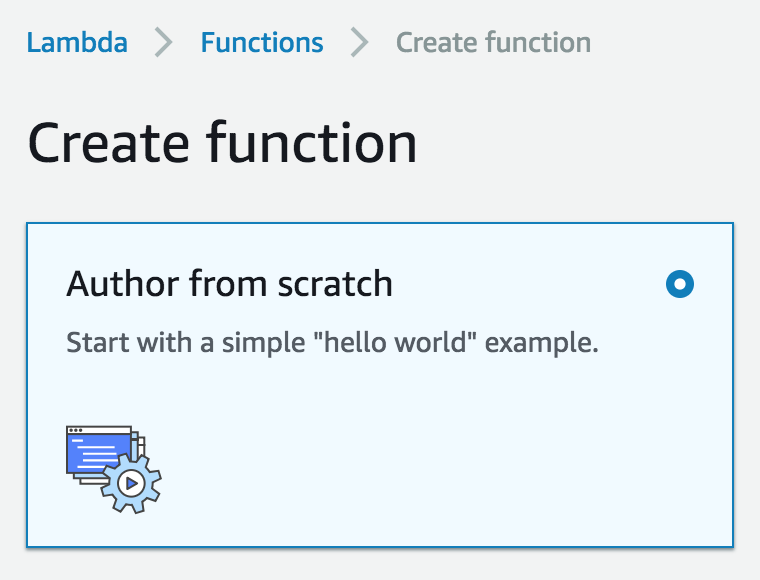 Once you select this preset, you will need to fill out some values to create your function. For example: 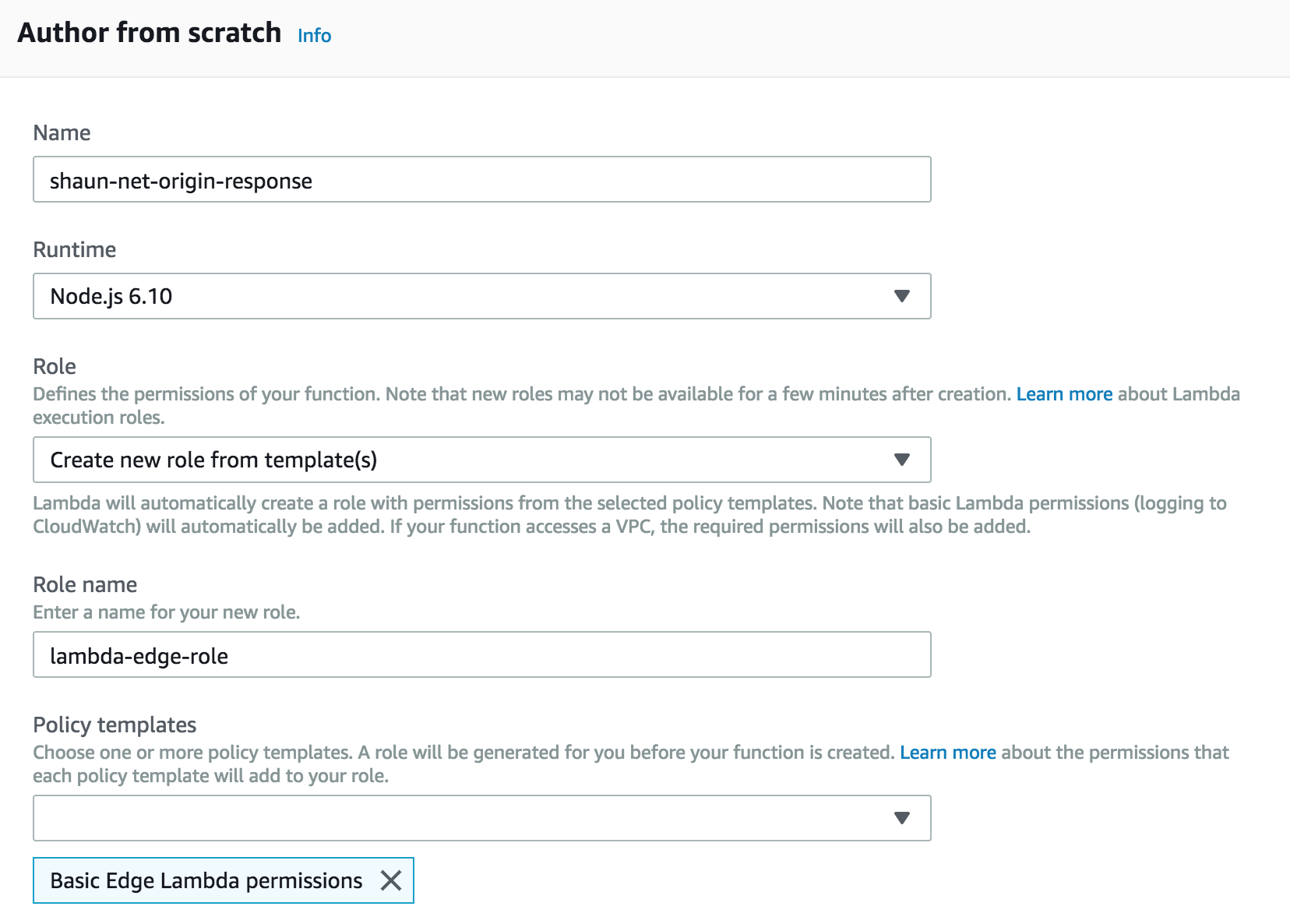 With that done, you need to add your code to the index.js file. You can use the console editor to do this. 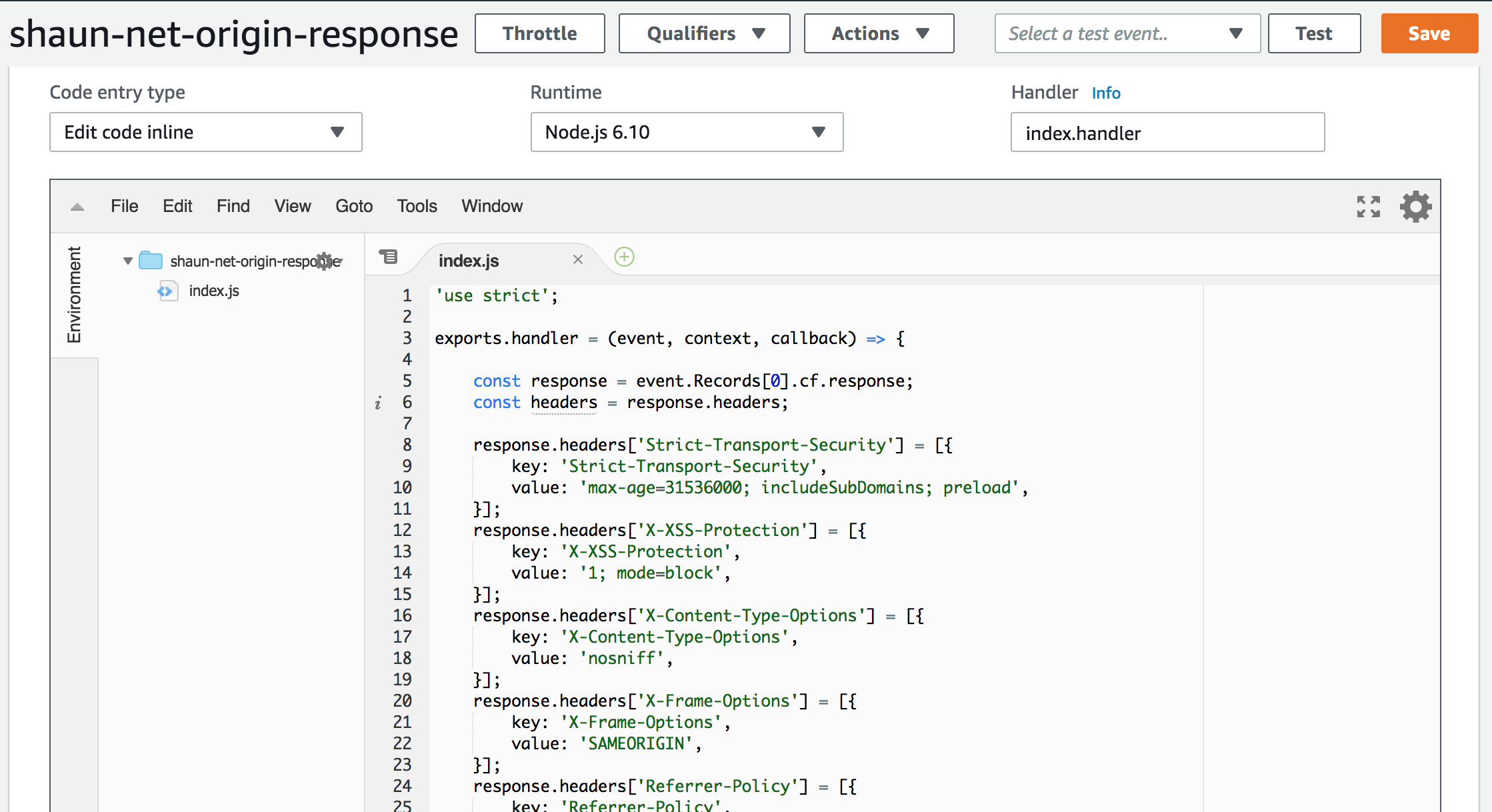 Save the code once you are satisfied.

Now you need to publish your function. On the top navigation click Actions → Publish New Version. Enter a description and click Publish.

With a published version, you’ll now have an ARN displayed at the top of the window that points to your published version. This looks something like arn:aws:lambda:us-east-1:123412341234:function:shaun-net-origin-response:1 - — take note of it as you’ll need it for the next step.

The section that we care about is Lambda Function Associations. There are four different types:

Taking note of the ARN of my deployed function, I created an Origin Response function association:

With that done, I clicked the “Yes, Edit” button to save my changes and waited for my Distribution Status to reflect Deployed. It’s time to test.

With the code successfully deployed I flushed my CloudFront cache and ran another scan. Much to my delight, I received an A+ response: