The time has come (and gone) to replace your Symantec certificates 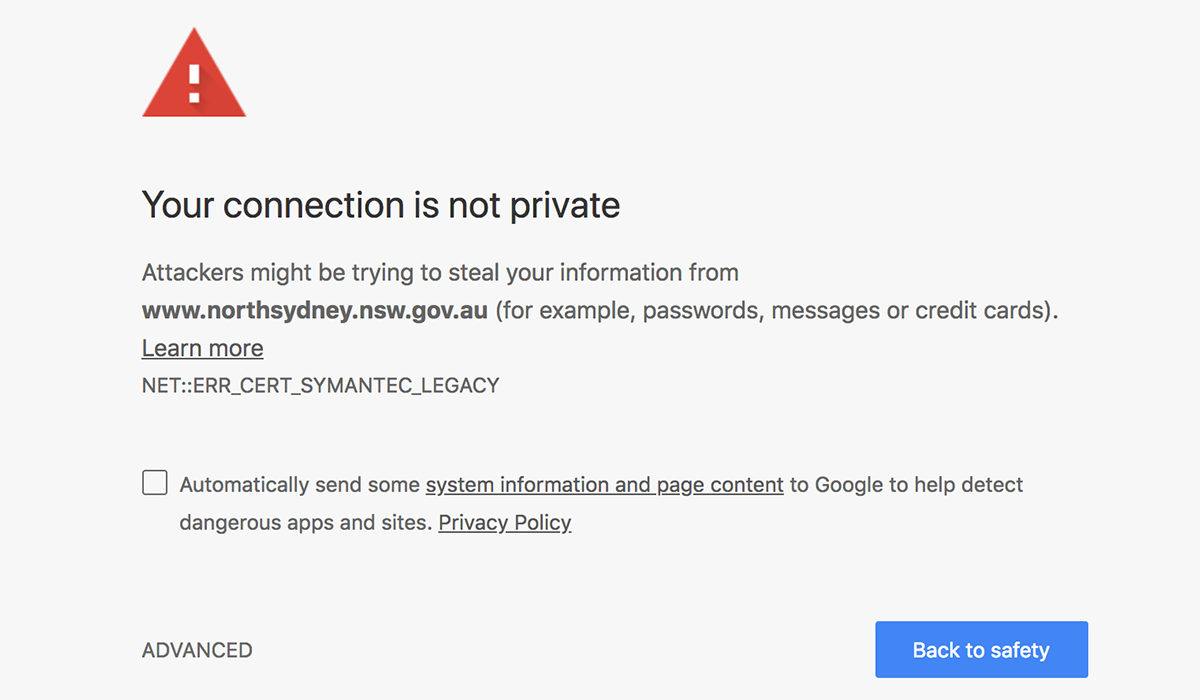 In January, 2017 a posting to the mozilla.dev.security.policy newsgroup raised the possibility that Symantec have been issuing certificates that have not been subject to the necessary validations.

Last week that day has arrived and Chrome 66 was released to the general public. My installation like many others was updated automatically:

Having long since replaced all of the Symantec certificates across my own infrastructure (primarily with AWS Certificate Manager issued certificates) I will admit that these changes completely slipped my mind until I started getting errors browsing web sites that I frequent — everything from my local council to various news and social sights that I access.

If you’re still using Symantec certificates — now is the time to replace them if you haven’t already done so. Chrome will begin distrusting all certificates issued on the old Symantec infrastructure from Chrome 70 (due October), and Firefox will also start showing warnings with the release of Firefox 60 in the next few weeks.