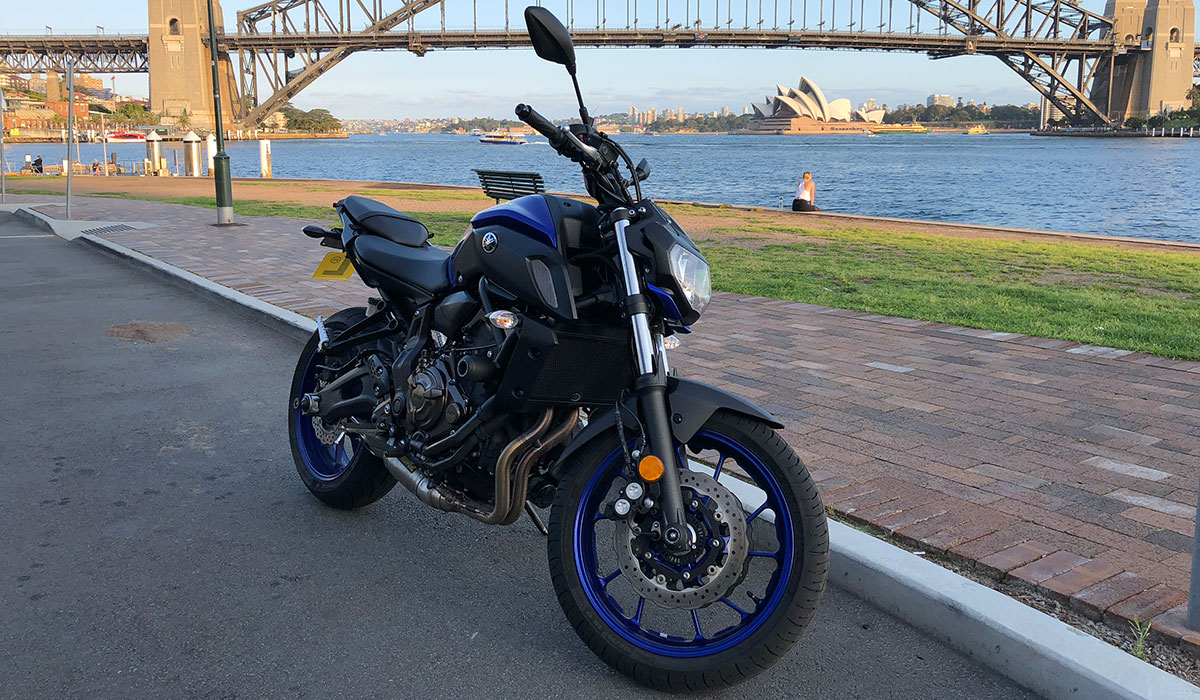 Ever since I was a kid I’ve loved bikes. I grew up around them and would spend just about every school holidays on my Grandmother’s farm riding them around. That all came to a sudden stop when the farm was sold in my late teens as they were getting too old to maintain it and wanted to buy a place in town instead.

Fast forward a few years and I’m now 34 years old. Living in the city my entire adult life I’ve never owned a car but my tolerance for public transport has been decreasing almost as fast as my hair is turning grey so for a while I’d been putting money aside to buy a car (and had about $17k in the “car fund” at this point).

A lot of my commuting is from North Sydney to Macquarie Park and I was really dreading the shutdown of the train line at the end of September so I thought to myself “what if I get a bike instead” so I checked out the Stay Upright site and booked myself in for the Pre-Learner course on the 13th and 14th of October.

I then started researching bikes that were LAMS approved. I figured that with my car fund I had enough to get whatever I wanted, plus decent gear as well so that wasn’t a problem. At this point I had a shortlist of three bikes:

A few days later I checked Stay Upright again and to my delight there had been a spot open up on the 27th and 28th of September so I switched to those dates. Being a bit presumptuous I also booked in at RMS for the rider knowledge test on the afternoon of the 28th.

The next morning I decided to head out and check out the bikes on my list to see which one I liked the most but as soon as I sat on the MT-07 and started it up I knew it was the one for me so I bought a new 2018 MT-07 on the spot and scheduled pickup for about 2 hours after my rider knowledge test. The dealer offered to deliver it, but I wanted to jump right in the deep end and knew I’d regret it if I took the easy way out. I grew up out west so know the route from Parramatta to North Sydney like the back of my hand anyway.

In hindsight it was probably a silly idea to buy a bike without even having my Ls yet but I also figured it was a pretty good incentive to make damn sure I passed everything!

Thursday the 27th comes around and I left home at 5:30am to make it to the course in Campbelltown by 8am where we spent the next two half days going through everything. The biggest issues for me were probably getting used to how small the CB125 was (I’m not a small guy) and learning how to use a clutch again but everything else came back to me “like riding a bike”.

After successfully completing the course on Friday the 28th, I went and had some lunch, went to RMS to pass my knowledge test, and then went straight from there with my little slip of paper to the dealer to pick up my bike.

I nearly delayed pickup due to the weather forecast but was too excited and went in anyway. My first ride on the road ended up being in the middle of a thunderstorm so that probably wasn’t the best thing to do but it was fine - and knowing that I can handle bad weather without freaking out is actually quite a relief.

Since then I’ve gone all around Sydney, ridden up to The Entrance to surprise Mum by taking her out for lunch, gone up to Palm Beach for breakfast and then back home via Dee Why and Manly, and have commuted to the office every day (with about 300km of riding in the rain so far).

So.. from booking my Stay Upright course to riding away with my new MT-07 from the dealer - 10 days. Love feels like a powerful word but that’s all I can think of to describe it. Two and a half weeks later even with the constant rain in Sydney the bike is almost ready for the first service!

My only regret is not doing this years ago. To many more years of riding!