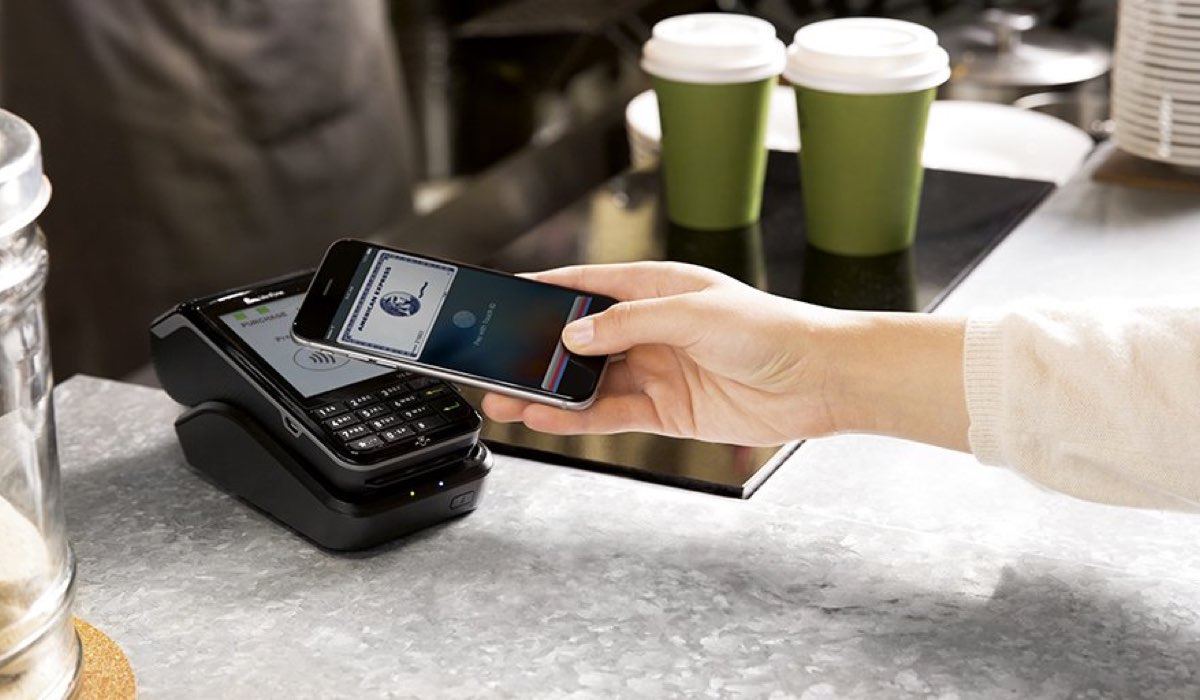 As I have an eligible card naturally I decided to try it out.

Setup is simple. I simple launched the Wallet app and noticed I had the option to add my credit card which I selected. 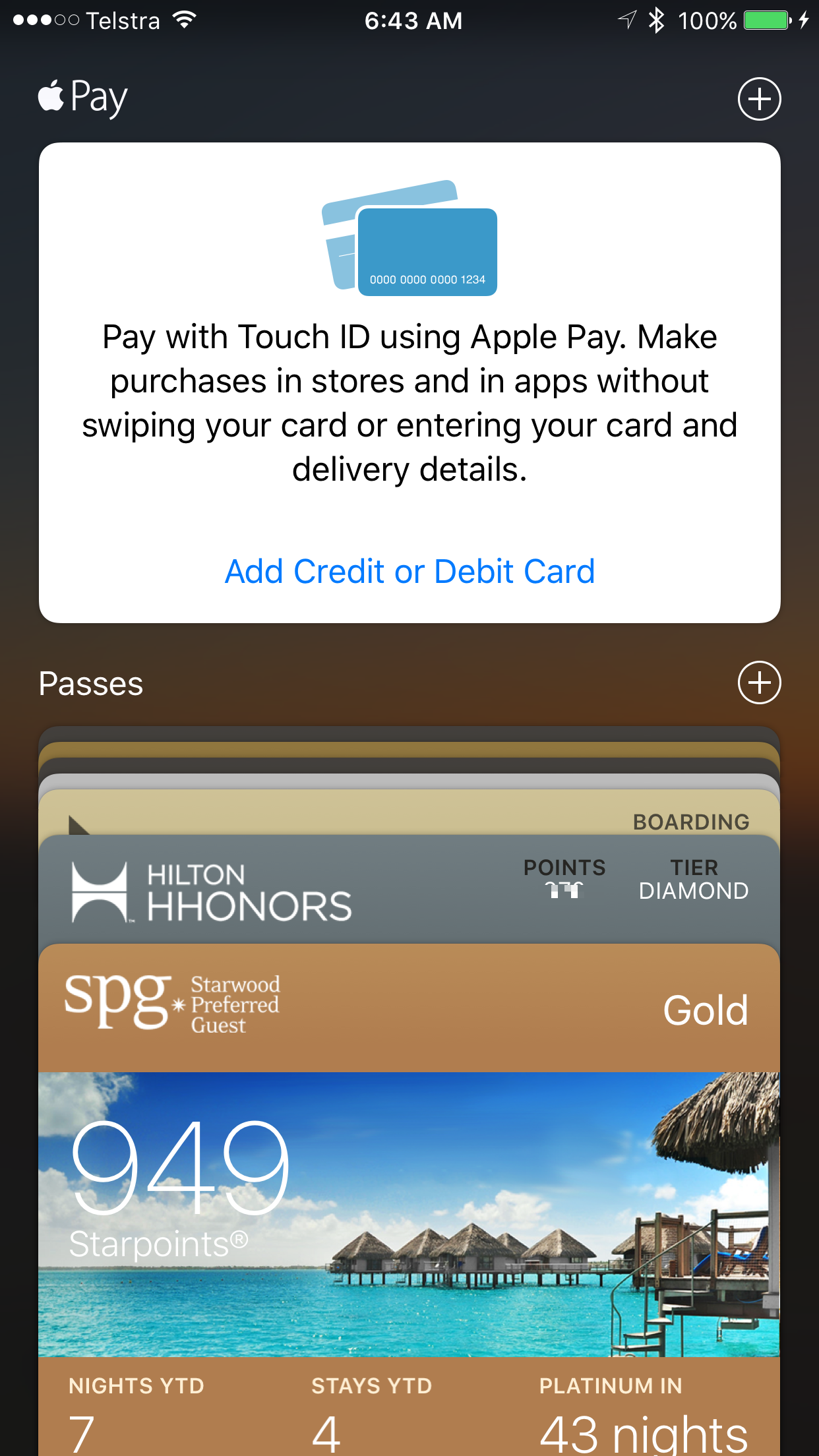 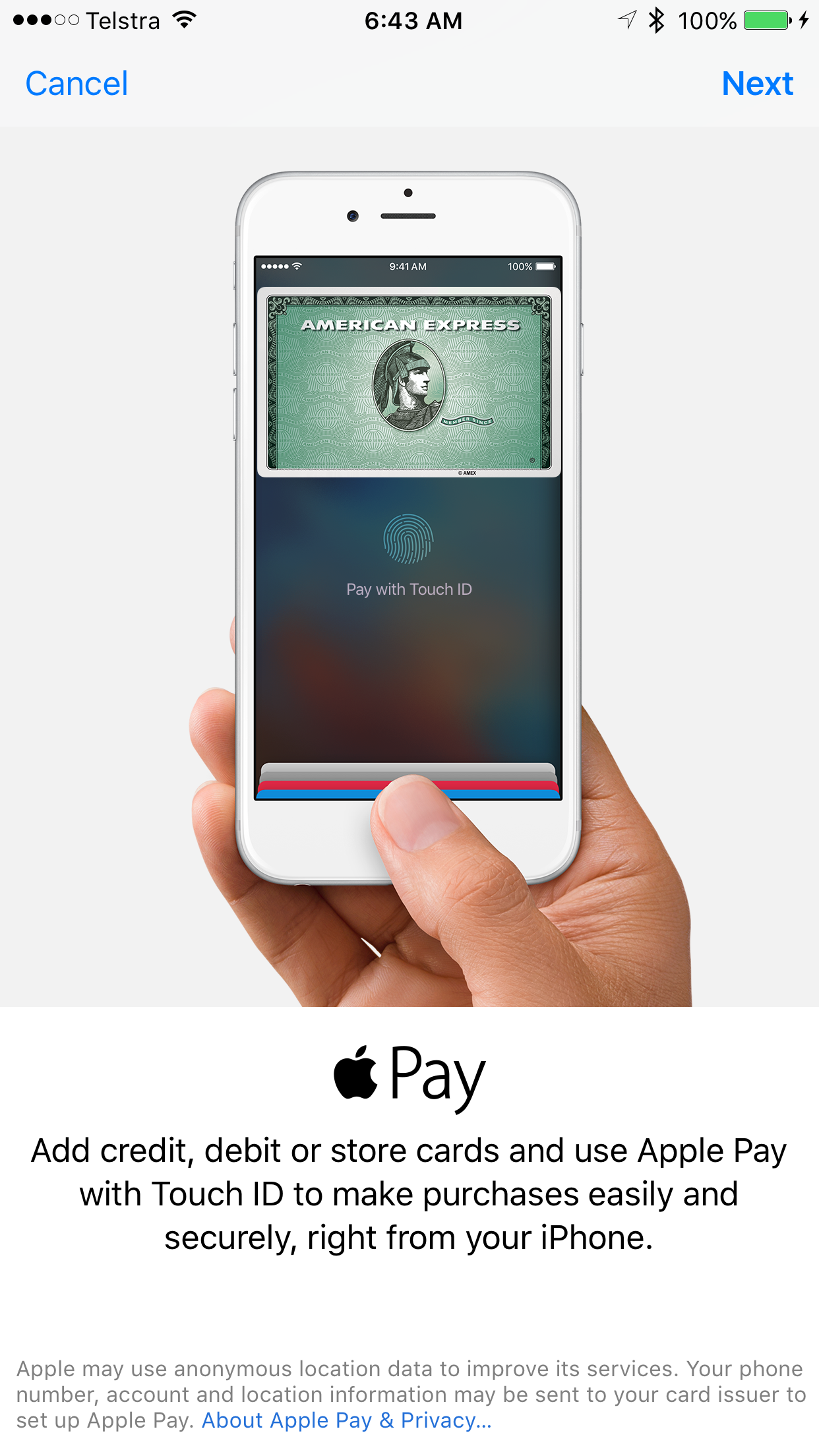 As the card I wanted to use was already on file in my iTunes account, adding it was easy. At this step I needed to enter the security code from the card (the four digits on the front above the card number) and accept some terms. 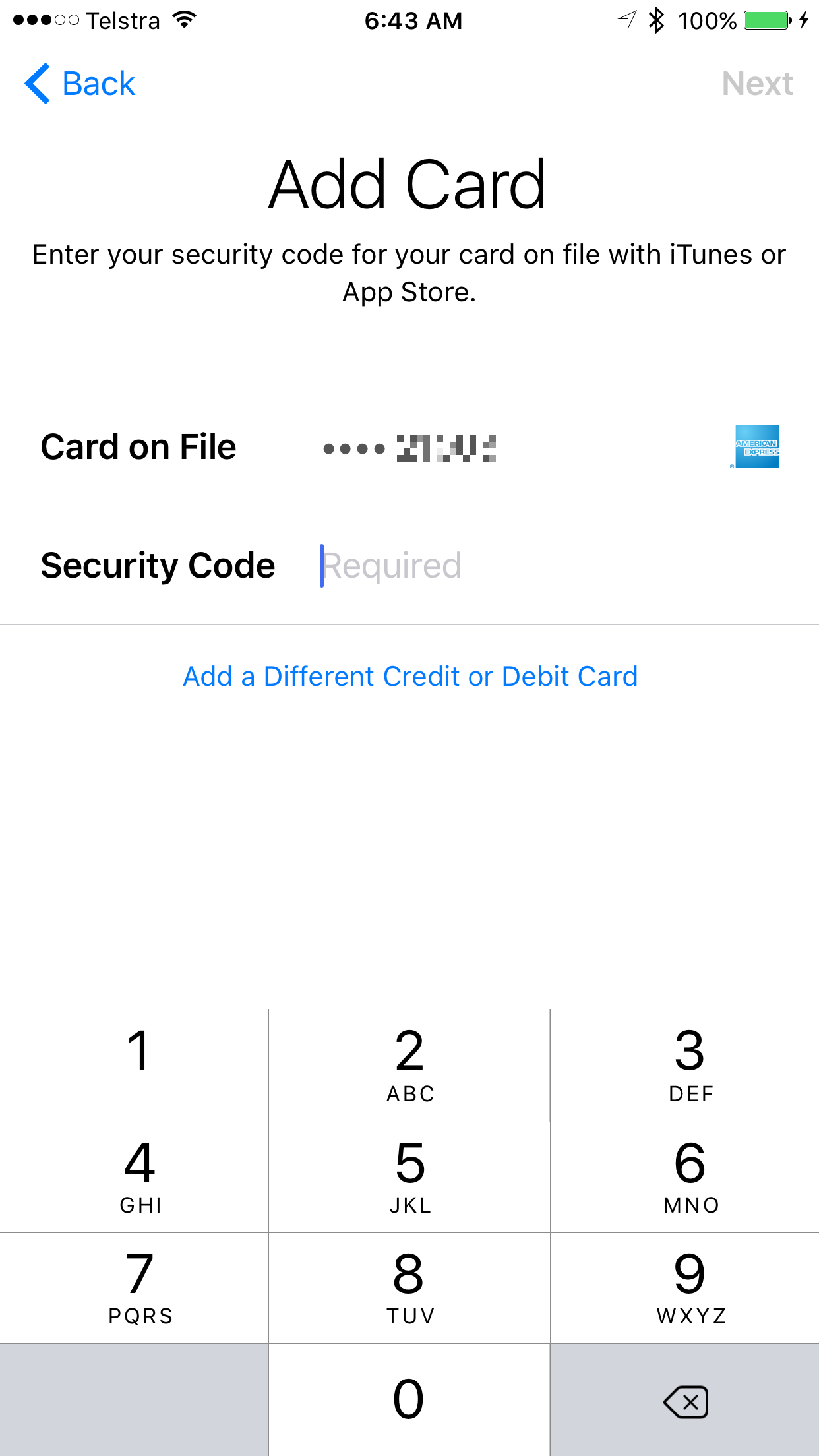 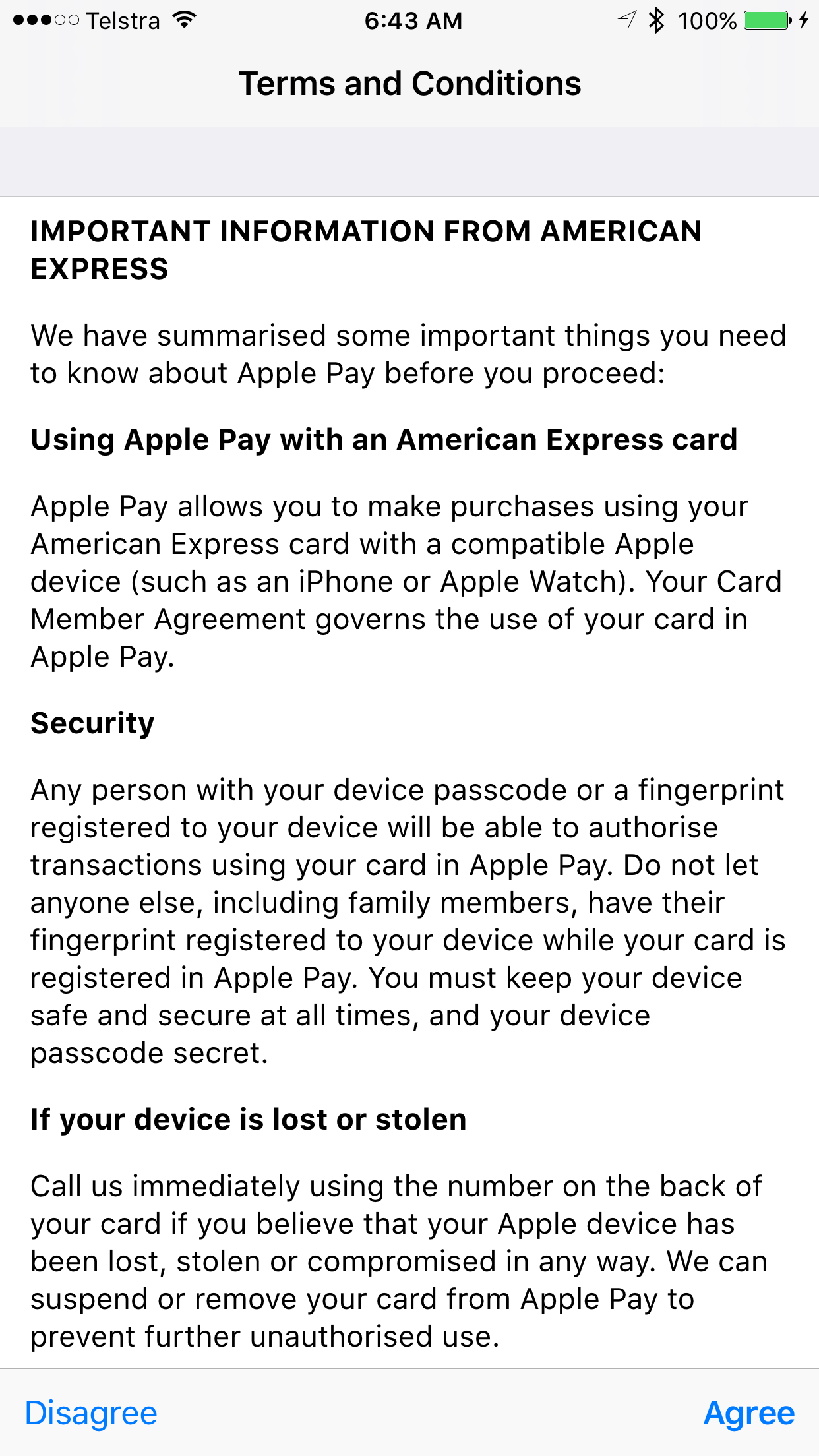 With the terms accepted a verification code was sent which I then had to enter. 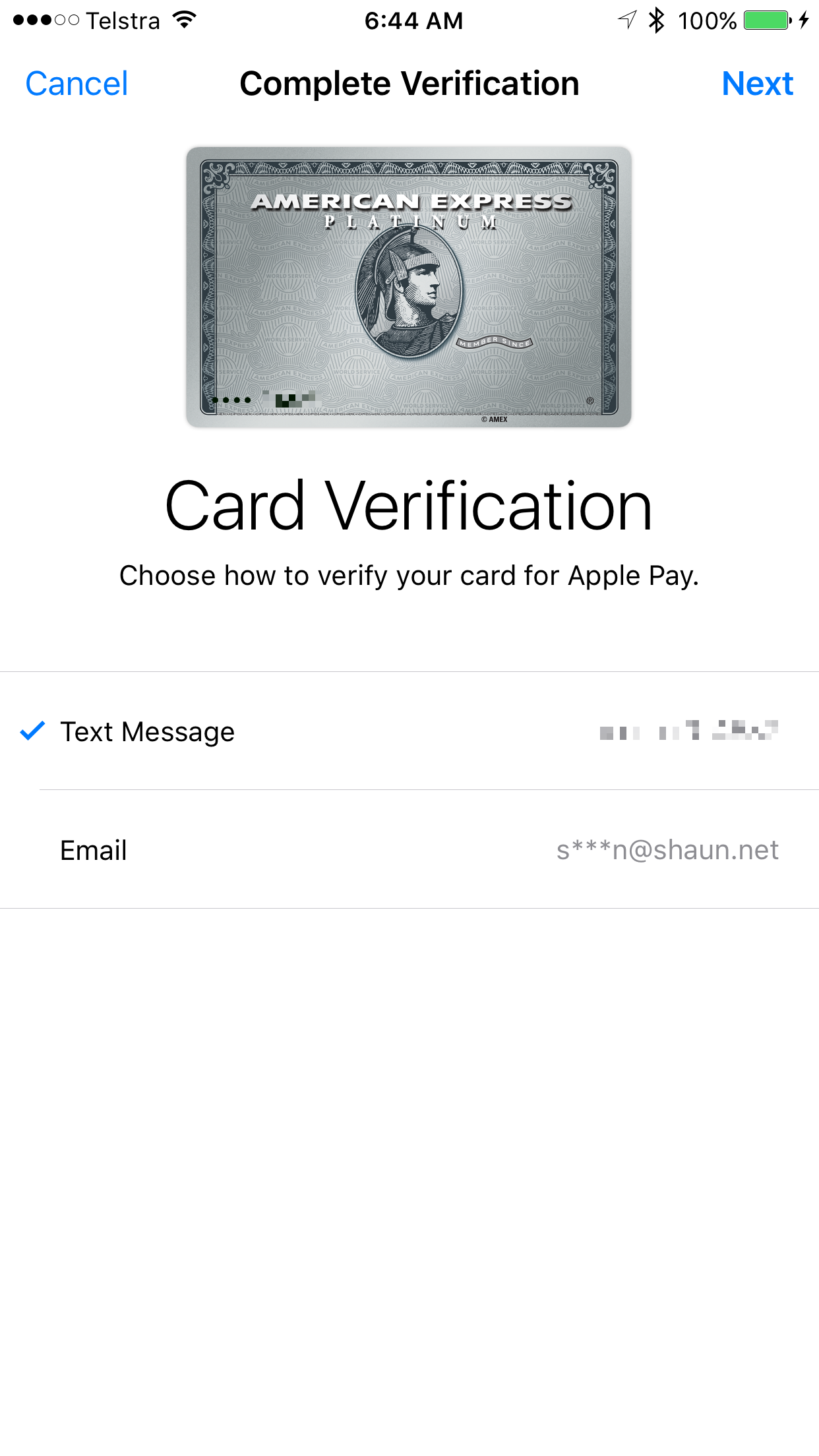 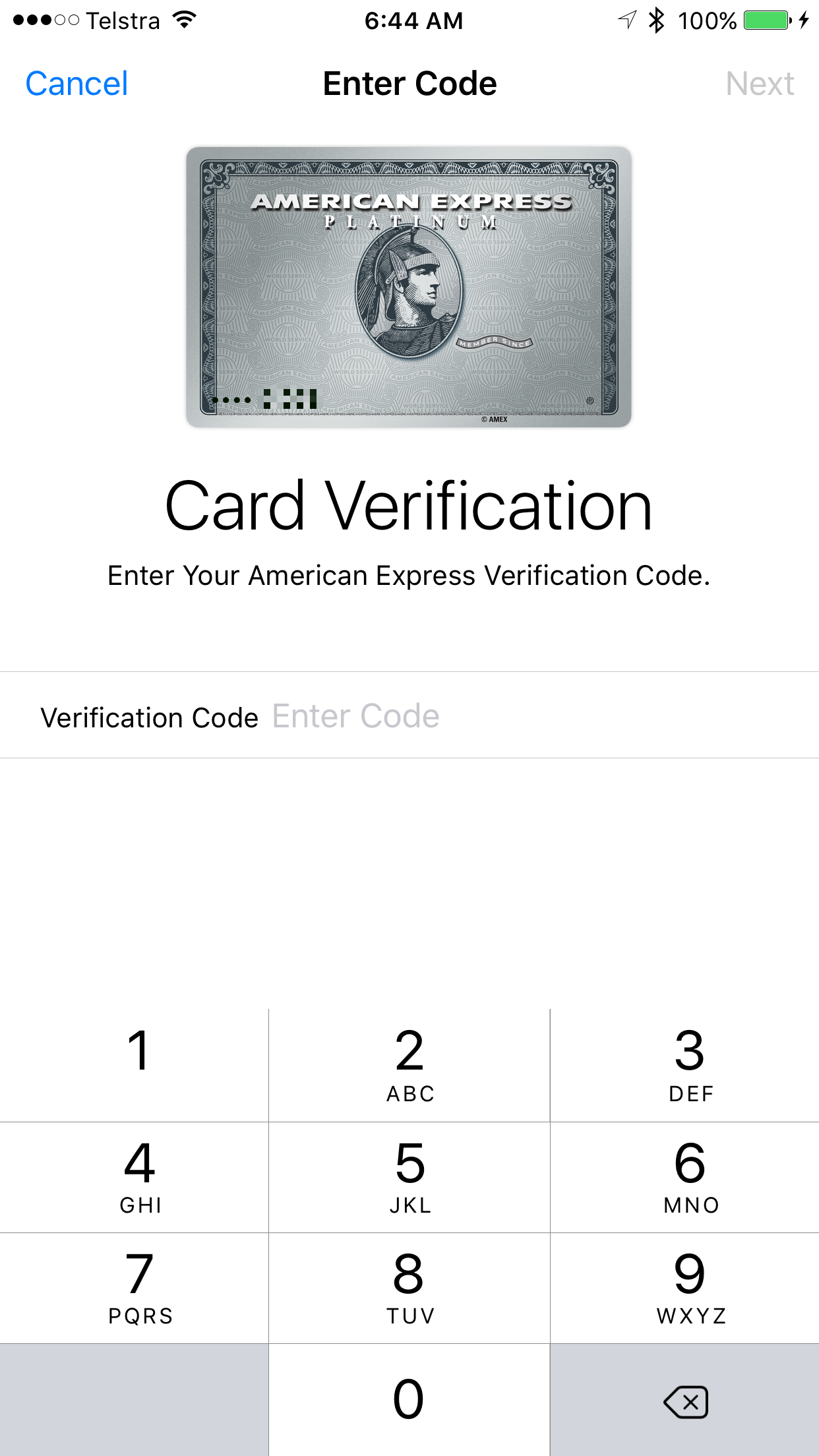 Now that I’d accepted the terms and verified my card, Apple Pay is ready to go on my phone! 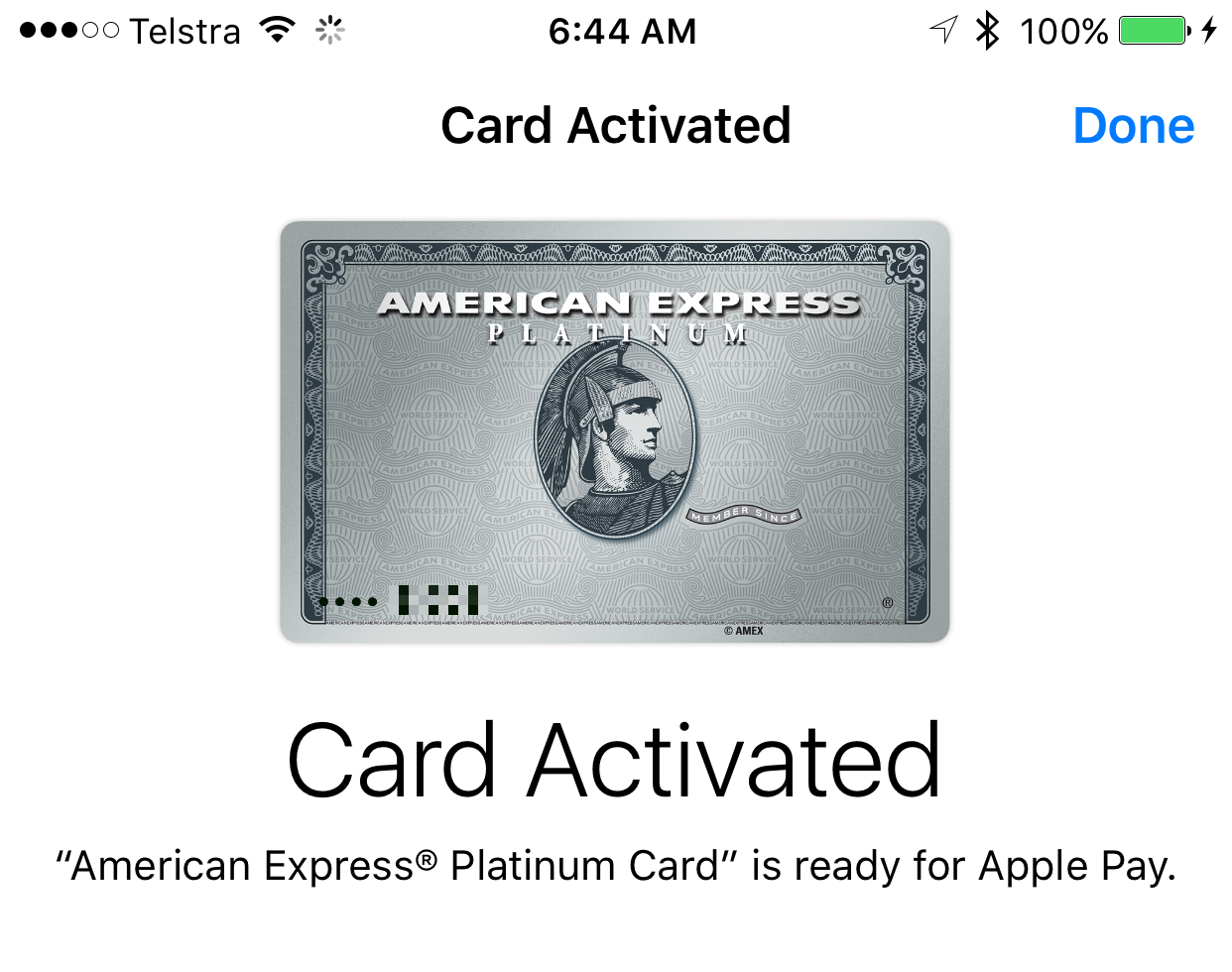 I didn’t realise initially but the card is not automatically added to the Apple Watch. This is done inside the Watch app itself under Wallet. 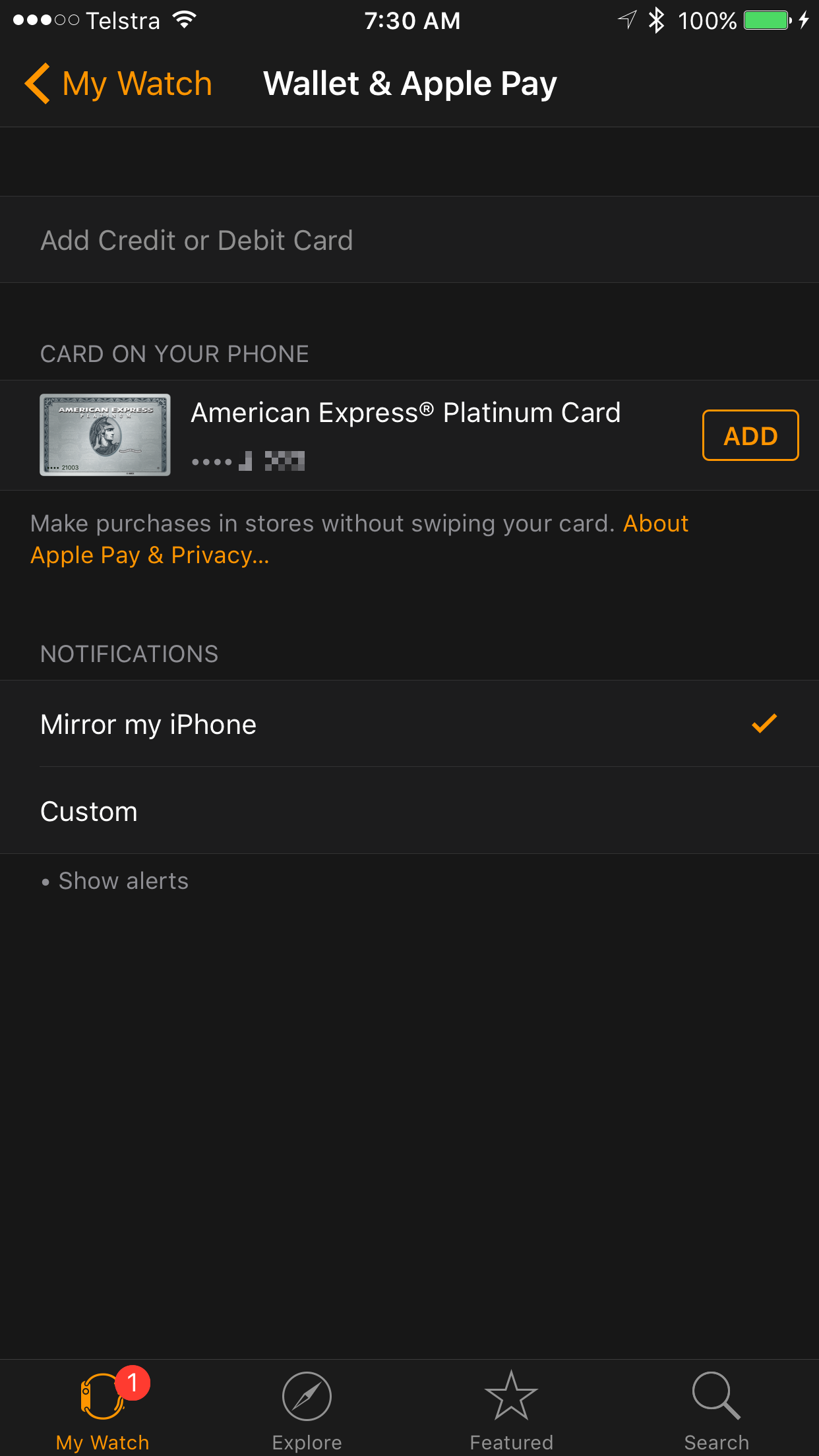 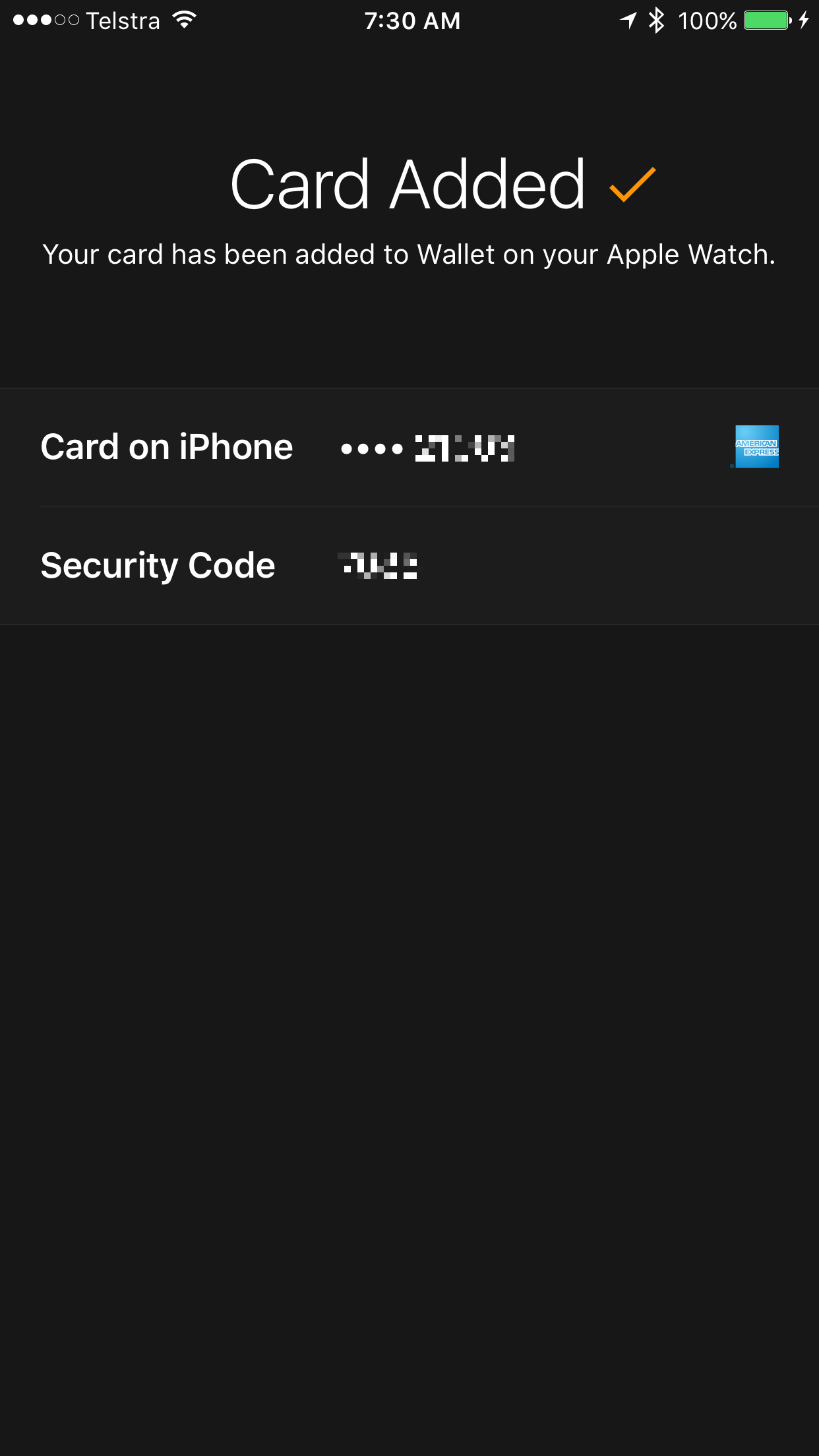 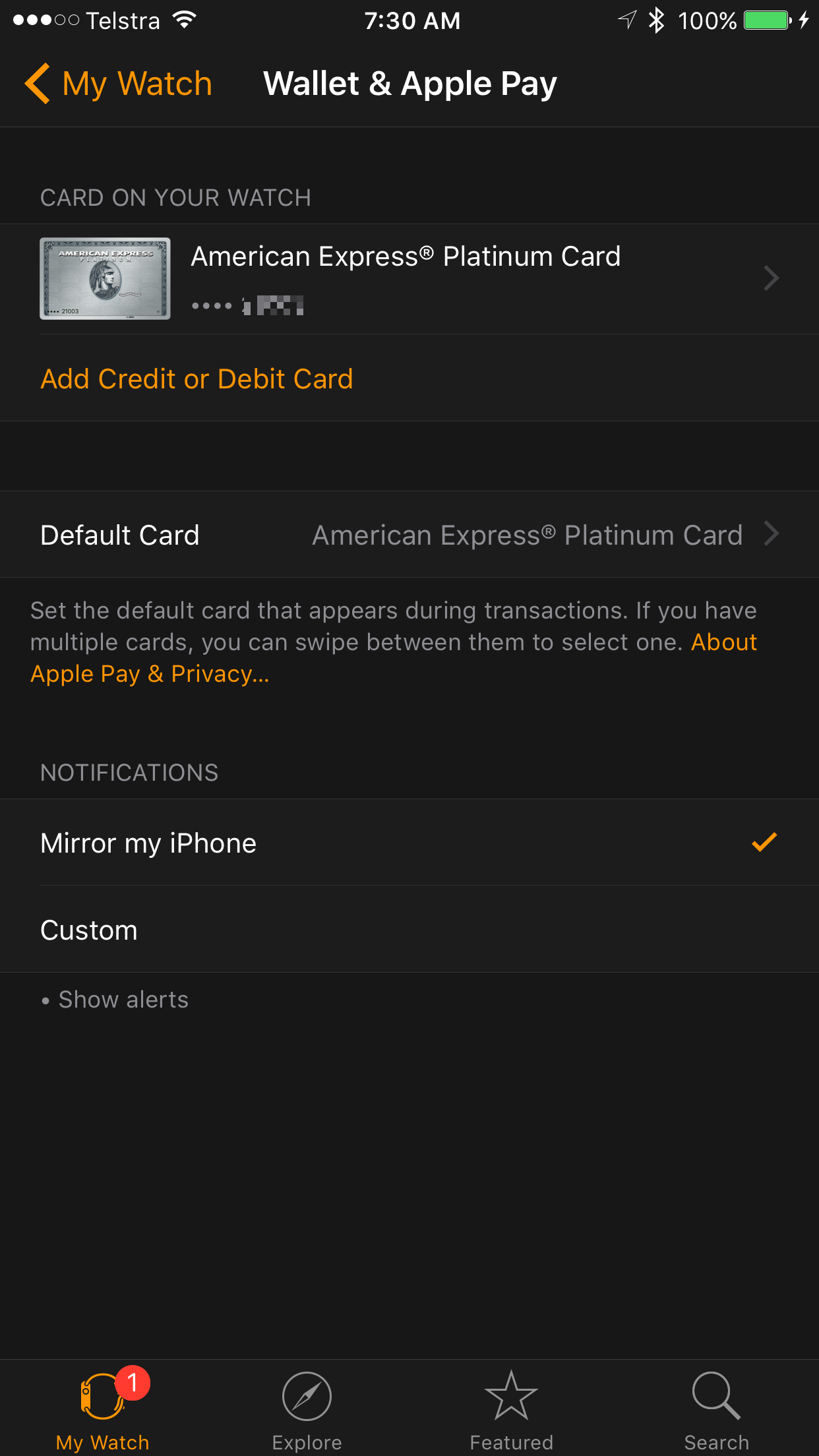 Once the card has been added to the watch you can then double click the button to initiate a payment. 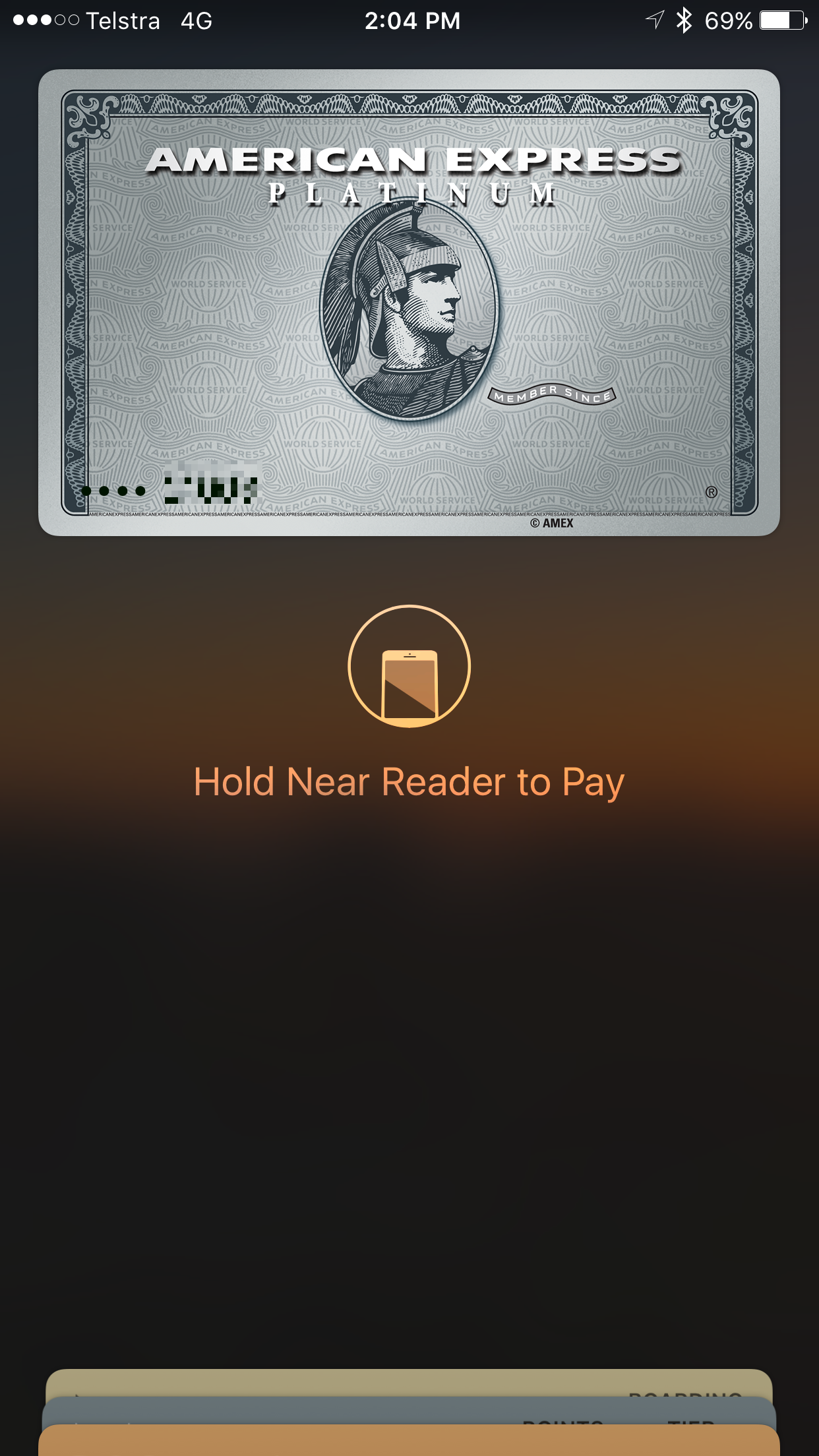 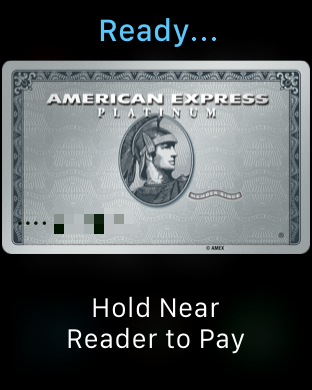 Using Apple Pay is easy to use. If you’re using your phone you hold your phone to the contactless card ready and it’ll prompt you to authorise the payment with your fingerprint.

While the phone has been seamless, my first and only attempt at paying with my watch resulted in the terminal displaying an error that multiple cards were presented.

The vending machines at the office do have contactless card readers that take American Express however attempting to use Apple Pay with them resulted in them displaying “Please Insert Your Card”.

As a heavy American Express user I’ve found that quite a number of merchants I visit accept American Express but their terminals don’t accept contactless payments yet. This will no doubt cause similar compatibility issues with Apple Pay and I’d expect it to improve over time.

First impressions however are positive!